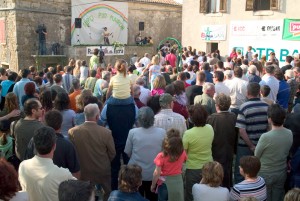 The Municipality of Cerovlje was a border territory that has been divided between Austria and Venice through the centuries. Constant migrations on the Istrian peninsula has meant the political history of the area that has been under frequent change (of government), very good railway connections with the rest of Europe and many other reasons contributed to the multiethnic and multicultural environment of the territory and today’s Municipality.

The territory where you can hear a different dialect in every village and where you can see particular customs that are typical for only that village is simply too rich in traditional values, customs and events not to show them to all its visitors. 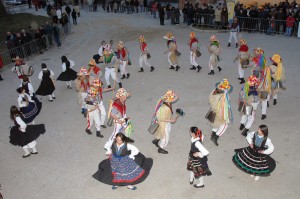 The Municipality of Cerovlje is one of the few Municipalities in our country that has many events compared to the number of inhabitants. The Carnival of Cerovlje brought back to life some half-forgotten carnival traditions.

The Reunion of Players of Traditional Istrian Instruments “Nadalinu u pohode” and the Reunion of Players of Bajs “Bajsi u Draguću” are also held annually, one of them in Pagubice and the other in Draguć. “Trka s tovari” (Donkeys race) was brought back to life in Gologorica, in 2009, after a break of 17 years. Thera are also many other events which already are or will soon be included in the annual calendar of events on the territory of the Municipality (of Cerovlje). 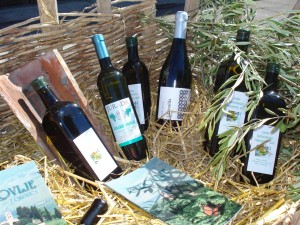 All the mentioned events are a sign that this is an area where tradition is preserved and respected, but they are also an invitation for all those who want to experience the old way of playing, singing and amusing oneself, and there is no beter way to feel the old tradition than between the inhabitants of the area.

We use cookies on our website. Some of them are essential for the operation of the site, while others help us to improve this site and the user experience (tracking cookies). You can decide for yourself whether you want to allow cookies or not. Please note that if you reject them, you may not be able to use all the functionalities of the site.